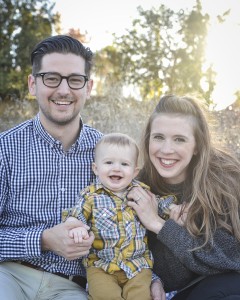 “Design is where science and art break even.”

Hey. I’m Tony Santoro, the Ton behind TonFace Designs. I live in Pleasanton, California with my wife and son, and this is where I get creative when I’m not working as a lab technician in the Silicon Valley. I’m a professionally trained scientist and a self-taught designer.

The quote above is perfect for me because I don’t identify myself as an artist, but I use both science and design to create art. Design and science, though seemingly opposites, are similar realms in my mind: each requires me to work within a specific structure in order to succeed. And, science influences me as a designer: I often incorporate clean lines and symmetry.

The first design project I remember doing was a silly iron-on-transfer shirt I made for my dad on Father’s Day when I was in middle school. It was the Superman shield with a C instead of the S and stood for “Cyber Dad” because he was really into online stuff back then. It sounds kind of ridiculous now that I think about it.

But my first so-called serious design was a shirt for a clothing company concept that some friends of mine were working on. They came to me for help because I had a slight understanding of Photoshop and I was the only one of us with a computer. Their company never took off, but I had so much fun on the project that in 2006 I started designing an annual t-shirt as a Christmas gift for friends and family.

Now, each new design project is a little bit of Christmas: The challenge of discovering the unknown is just like the excitement of anticipating what’s under the tree.